Skip to content
Home › Book › Harry Chapin: The Music Behind the Man 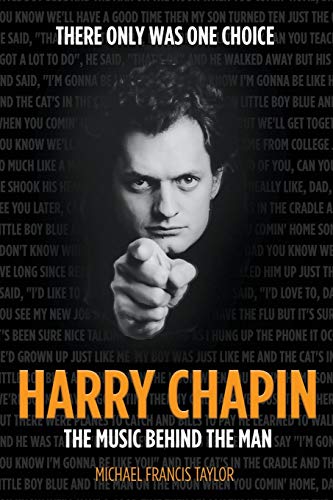 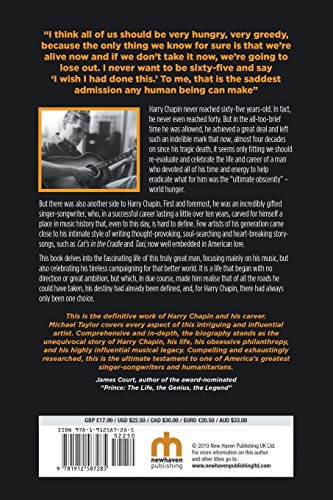 Harry Chapin never reached sixty-five years-old. In fact, he never even reached forty. But in the all-too-brief time he was allowed, he achieved a great deal and left such an indelible mark that now, almost four decades on since his tragic death, it seems only fitting we should re-evaluate and celebrate the life and career of a man who devoted all of his time and energy to help eradicate what for him was the “ultimate obscenity” – world hunger. But there was also another side to Harry Chapin. First and foremost, he was an incredibly gifted singer-songwriter, who, in a successful career lasting a little over ten years, carved for himself a place in music history that, even to this day, is hard to define. Few artists of his generation came close to his intimate style of writing thought-provoking, soul-searching and heart-breaking story-songs, such as Cat’s in the Cradle and Taxi, now well embedded in American lore. This book delves into the fascinating life of this truly great man, focusing mainly on his music, but also celebrating his tireless campaigning for that better world. It is a life that began with no direction or great ambition, but which, in due course, made him realise that of all the roads he could have taken, his destiny had already been defined, and, for Harry Chapin, there had always only been one choice.